Al Ikhlas Culture and Education Centre was officially established in February 2013. It is situated in the centre of ‘Broadway’, Adamsdown neighbourhood in Cardiff, Wales. The building was bequeathed by a businessman of Bengali heritage, Abdul Rauf, as an act of altruism to provide ongoing benefit to the local community. Al Ikhlas Education and Cultural Centre’s motto is ‘Dedication, Sincerity and Unity’. This is an elaboration of the meaning of ‘Al Ikhlas’ which is the name of one of the chapters (112) in the Holy Qur’an. Sincerity in motives being purely for Allah (Almighty God) is the bedrock for the success of anything.

The local Muslim population in Adamsdown has grown in recent years such that it is difficult to accommodate the growing demand for Friday and Ramadhan prayer space, education classes, and other cultural and religious activities. The local Muslims in the area were originally mainly from South Asia. The area now has become more diverse with many Muslims from Bangladesh, Pakistan, Somalia, Eritrea, Nigeria, Sudan, Morocco, Syria and other various Arab countries. Our intention is for Al Ikhlas Culture and Education Centre to cater for the growing needs of our diverse local community and to build bridges with wider society. Over the past years, the Centre which includes prayer facilities has also strengthened its relationship with those from other faith communities. The Centre cooperates with the local authorities and has had visits from Cardiff’s mayor, the MCW, the police and local councillors.
Al Ikhlas is in very close proximity to a burgeoning asylum seeker and new refugee community that are served by the Welsh Refugee Council and Lynx House, which are within walking distance. One of the greatest acts of kindness is to assist the poor, the needy and the weak. However, in Islam, charity is also a great act of worship. We believe that it is the duty of every single Muslim to help his/her fellow human beings in their time of need. A challenge for new migrants is adjusting to a new life, a new language, among new people, in a completely new environment. They suffer from culture shock in addition to the burdens they already carry. Therefore, by default, Al Ikhlas, without fanfare, goes about quietly assisting the integration of asylum seekers and new refugees by supporting their spiritual, emotional, educational and cultural requirements.
Institutions like Al Ikhlas Culture and Education Centre help community cohesion and empower new communities that have fled their homes in search of hope in the UK. The idea is to help people adjust and build new futures in Wales and create a harmonious society. Thus, Ikhlas is committed to a God Almighty centric, spiritually balanced, peaceful and prosperous Cardiff, where all communities respect each other and work together for the common good. 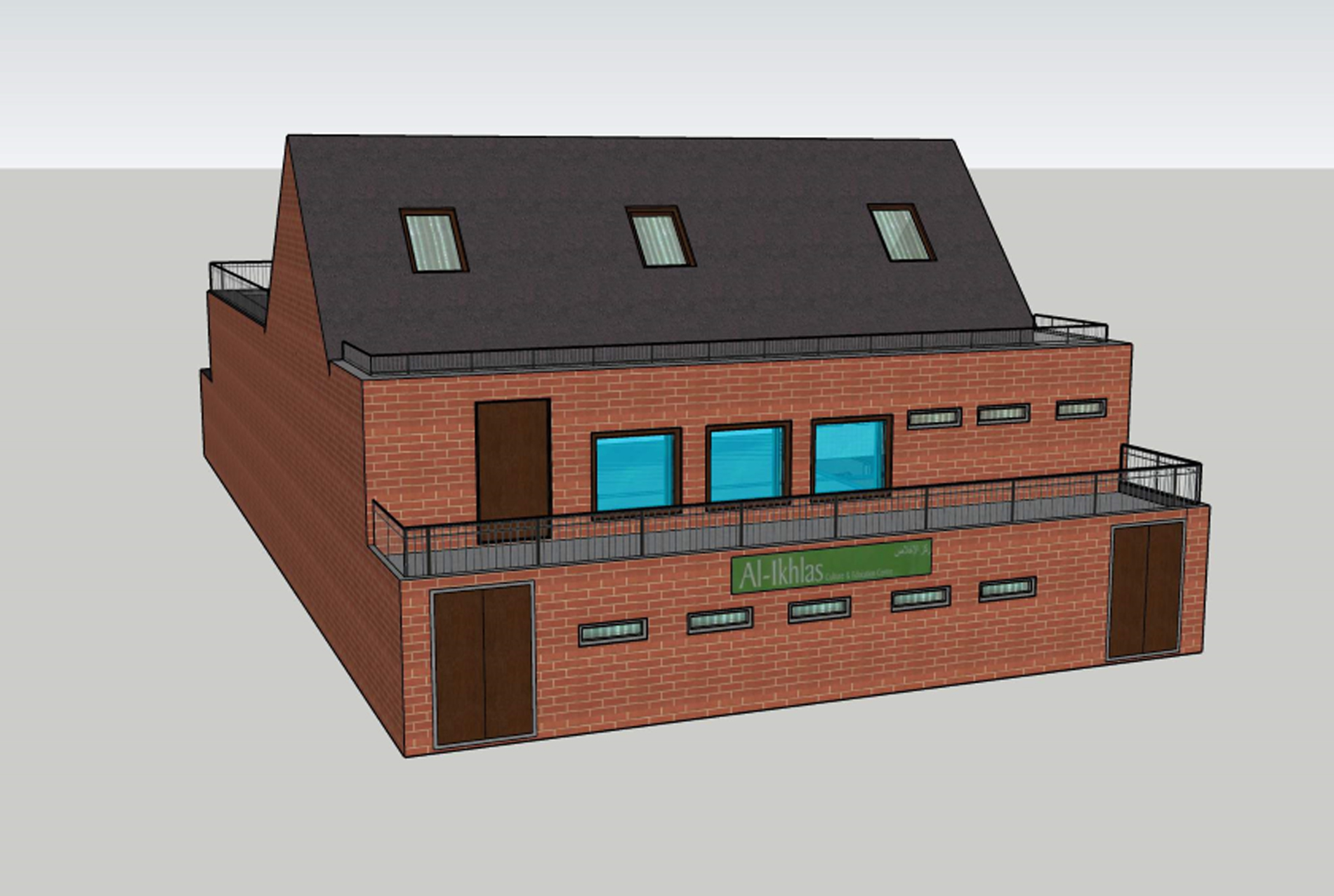 With the grace of Allah and with the generous help of the Muslims, we have successfully managed to purchase the adjacent two terrace properties to our current partially rented building.
We are now appealing for your continuous support helping us to secure and double the services provided for the users of Al-Ikhlas Centre by merging and developing both properties. We kindly request that you participate in this Sadaqah Jariyah (ceaseless charity) and reserve a place for yourself and for your loved ones in paradise with the grace of Allah.
The two properties merging and development project will approximately cost £550,000. We are therefore reaching out to all our Muslim brothers and sisters both nationally and internationally to help us achieve our target and secure a permanent Cultural, Educational and Islamic Centre for all Muslims

More about our project..